The SER (Salud, Estrés y Resiliencia/Health, Stress and Resilience) Hispano Project is a research study funded by the National Institute on Minority Health and Health Disparities (R01MD012249, PI: Gonzalez-Guarda, R.M.) studying the effects of acculturation stress and resilience on the health and wellbeing of Latino immigrants in the research triangle area. 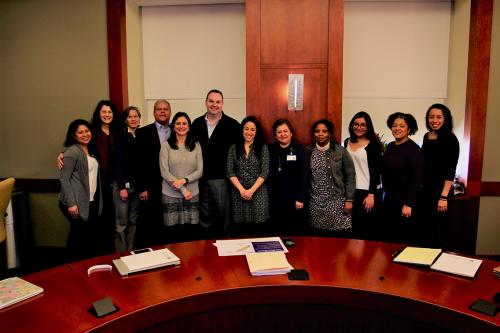 Hispanic/Latino immigrants to the U.S. are healthier than the general population upon arrival, but their health significantly declines over time (Antecol & Bedard, 2006; Cho et al., 2006; Lee et al., 2013). This decline in health appears to be influenced by acculturation related processes, but little is known about the influence of the stress associated with this phenomenon - acculturation stress. Little is known how individual, family, and community resilience among Latinos(x) buffers against this stress and influences both psychological and physical health. We hope to gain new knowledge to inform interventions that improve the health of Latino(x) immigrants and capitalize on their strengths.

We value community based participatory approaches that engage individuals in the community and organizations as equal partners in the research. Our team is a collaboration between Duke University and community organizations within the Triangle. Most recently, the SER Hispano Project works with El Centro Hispano of Durham and El Futuro.